“People keep saying this is an unprecedented pandemic,” says Bernard-Henri Lévy, France’s rock-star philosopher. “It is not true. Humanity has had to deal with many pandemics, often more grave than this one. There seems to be an intention, a collective desire, to panic. It is not as big a disaster as we think.”

Lévy, 71, is France’s greatest and most outspoken public intellectual. He is also a journalist and a dandy adventurer with expensive clothes and a baroque hairdo. He is brave; he pursues injustice wherever he finds it: when the lockdown came, he was reporting from Bangladesh. He caught the last plane out. He is also rich, worth an estimated £100m, much of it inherited from his father, a timber magnate.

And Lévy is angry — very angry — about how the world has reacted to Covid-19. He has hurried out a short book, The Virus in the Age of Madness. It ends with a rallying cry “to resist the wind of madness blowing over the world”. 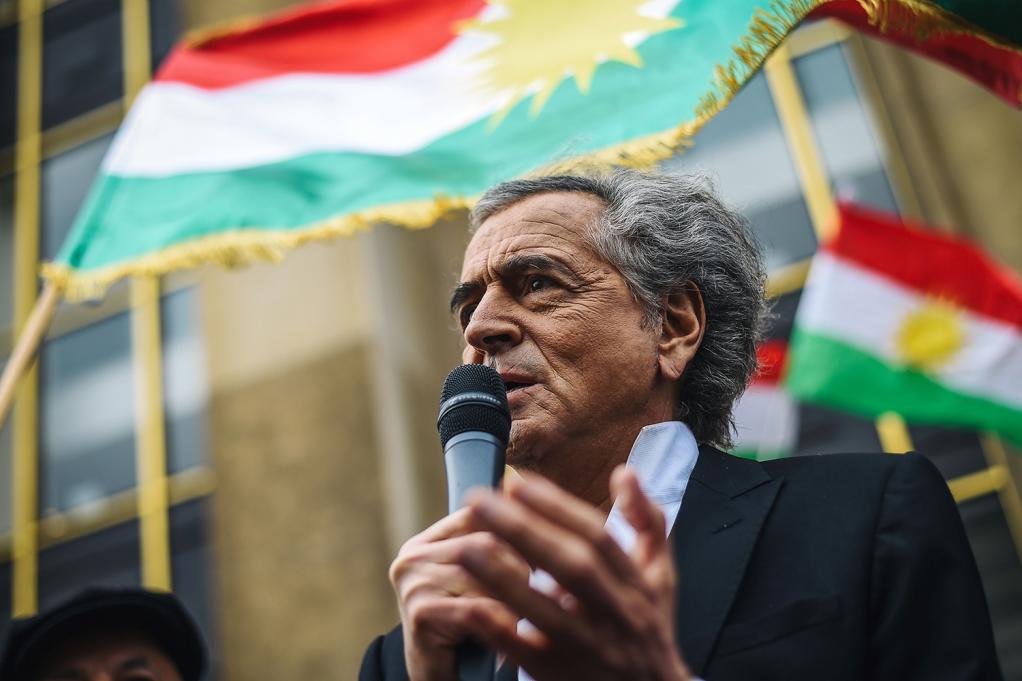 “I wear a mask when I am obliged to. I am a good citizen,” says Lévy, who spent lockdown in Paris, before flying to the Greek island of Lesbos at the earliest opportunity. “I do what is asked by my government. But I don’t like it. When I wear a mask, for me I don’t wear it as a relief, or as a way to be safe. It’s the opposite. I wear it as a burden.”

He doesn’t go as far as saying that we didn’t have to have a lockdown, but we did not have to destroy human contact, snitch on our neighbours, hand over political leadership to doctors and, in a self-centred frenzy, turn away from those who are suffering far more than we are.

“There is a sort of unilateral focus: Covid, Covid, Covid. It completely erased any other information,” Lévy says. He writes of the world falling into a state of “psychotic delirium” and of witnessing “the spectacle of world leaders so terrified by the threat of a corona Nuremberg that they deemed it more prudent to put the world on hold, caring little for the outbreaks of hunger, violence against the poor, and authoritarian takeovers that were sure to follow”.

He rages against “the dieticians, the prophylactocrats, vegetocrats and ecolocrats”, and against those finger-waggers telling us we deserved Covid. “Oozing goodness and contrition, they sing, reminding us that even before the pandemic they warned against the folly of a world that could not continue as it was, a world headed straight into a wall.”

Now he says: “People on the right and left are telling us that we had too much enjoyment and we have to be penitent and so on. This is such an unprogressive rhetoric. This is the most stupid and stubborn, profane religion, the opposite of what the progressives should be. This is exactly the best way to bury all the liberal and democratic dreams that made the West great.”

In our lockdown panic, he argues, we have turned ourselves into mere bodies whose only attributes are sickness or health. We have forgotten what life should be. “The story we used to tell ourselves was that life was not just life; that there was something else. There was freedom. There was solidarity. There was brotherhood. There was the capacity of risking a part of yourself for values — all this was part of the narrative of the West.”

We should, for example, have dropped the barbaric insistence that the families of people dying of Covid be kept away from their loved ones’ bedsides.

“Your family being around — this belongs to the history of mankind. I believe we went too far. We should have authorised those who wanted to take the risk to escort the loved one to death and then maybe be quarantined for a few days. But this was not offered.” 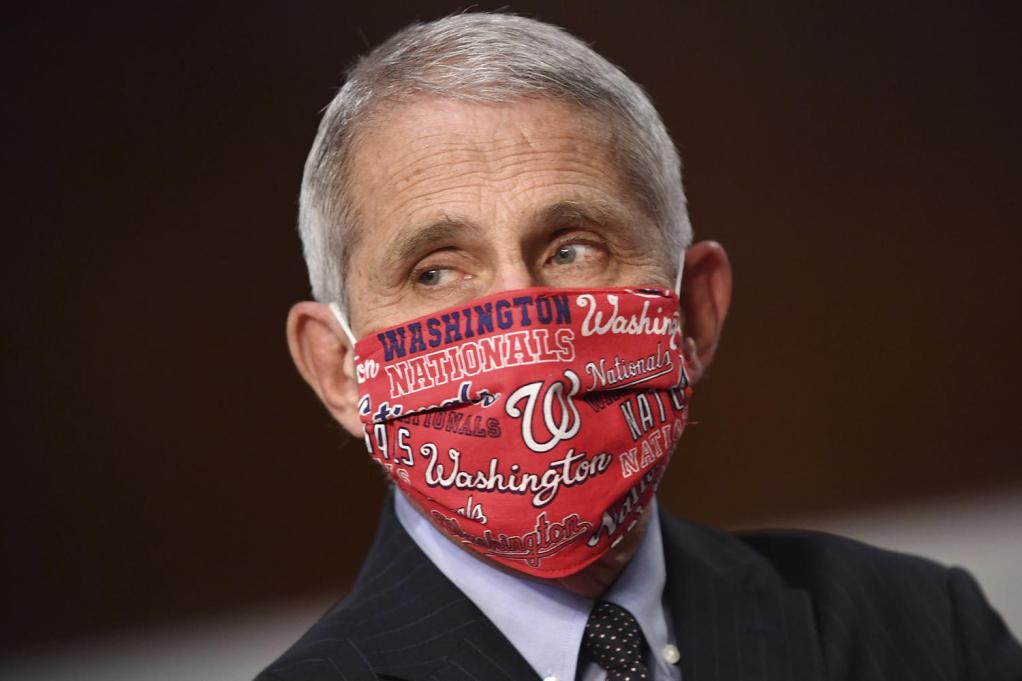 He shivered with “real fear” at something said by Anthony Fauci, the infectious diseases expert in Donald Trump’s White House. “He’s a good guy — thank God he’s there — but he said . . . he was not sure that the gesture of shaking hands would come back soon, maybe never. This made me go into an abyss of sadness. Shaking hands is a little thing but of huge significance: a symbol of a deal, of peace, of equality, of consideration, of face-to-face relationship.”

This isn’t Lévy’s first trip to the front line. Before founding the anti-Marxist New Philosophers school in 1976, he was war correspondent for the French newspaper Combat. He still works as a reporter, writing in defence of the Kurds and investigating the murder of Daniel Pearl, the American journalist beheaded in 2002 by Islamist extremists. He has been married three times and has two children.

So why has the world now gone mad? Lévy speaks of the dark joy with which we have embraced Covid as not just another pandemic but the defining disaster of our time. We have embraced the virus because it is at least real, unlike the rest of the news. Fake news has made us fall in love with a virus. “I would say that there was a vague, unformulated, implicit desire to catch something that looked like a real event of real history, with real tragedy and humanity really confronted with all of that. In these post-historic times we have entered, there are fewer and fewer real events — events seem often fake.”

What does Lévy suggest we do now? First, we must stop handing over everything to the doctors.

“They are just people, they just don’t know. They cannot be invested with this authority. And, by the way, they don’t want it. They were embarrassed by this responsibility because they are just people and, under their white coats, they are naked, like [Hans Christian] Andersen’s emperor, and like you and me.”

Instead, we should have councils, on which sit not only doctors but also educators, union leaders, psychiatrists, people who are employed and those who are unemployed.

Above all we must escape the “ironclad egoism” of the lockdown, of turning in on ourselves, posting pictures of the good times we are having or of what we are cooking “when one-fourth of our planet is on the edge of starvation”.

“This is an obscenity. This absence of shame shocked me. And then there was this idea that you should get to know yourself better, go deep inside yourself. This is not humanity. The most important ethical relationship is not the relationship of me and me, but the relationship between me and the remote other.”

Covid, according to Lévy, has killed hundreds of thousands of bodies, but also hundreds of millions of souls.

The Virus in the Age of Madness, by Bernard-Henri Lévy, is published by Yale at £10.99

The medical profession
“Doctors do not always possess more information than we do, and there is something a little absurd in the blind confidence we place in them.”

People enjoying lockdown too much
“These repenters of entertainment marvelling at an old bathrobe and slippers that they’ll never change out of because those comfy old things will help them in the uplifting quest to finally become their true selves, focused squarely on themselves and on what is good and precious within them.”

People who have found ‘meaning’ in the virus
“I was dying to say, ‘Shut up! Please just shut up!’ One day or another, the virus will be tamed. By then, will we have forgotten their screeching? I hope so.”